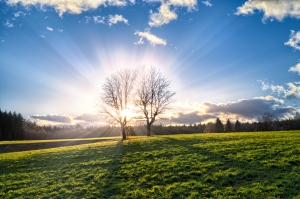 The Investment Industry Regulatory Organization of Canada (IIROC) is planning to publish its version of the latest Client Relationship Model (CRM) reforms by the end of the year, the regulator says. IIROC published a new report Tuesday that outlines its policy priorities for the next 12 months, and the status of those various initiatives. The report indicates that the regulator expects to publish its version of the CRM2 reforms in December. Facebook LinkedIn Twitter TD Waterhouse fined $4 million for ignoring CRM2 Share this article and your comments with peers on social media First enforcement, now an exemption The Canadian Securities Administrators (CSA) finalized its version of these reforms — which impose new client cost and account performance reporting obligations on dealers — in July. IIROC indicates that its version of these rules will be phased in with the same sorts of transition periods adopted in the CSA rules, giving firms up to three years to fully implement all of the requirements. “In accordance with the implementation timelines established by the CSA, there will be different implementation periods commencing on the date of issuance of implementation notice,” it says. Additionally, the report indicates that IIROC is developing new guidance on complying with the first set of CRM reforms, which are currently in the process of being implemented. That guidance will further clarify the updated requirements for account relationship disclosure and know your client (KYC) and suitability assessment obligations. It is expected to be published for comment in November. Among other things, IIROC also expects to publish guidance on borrowing for investment purposes in October. In March 2014, it will issue guidance on the use of business titles and designations, and guidance on compensation structures for retail accounts. For June next year, it is planning further updated guidance on KYC and suitability assessment. IIROC notes that this policy prioritization exercise will help it ensure that it is focusing on the right issues, and “striking an appropriate balance”. It also says that it will “regularly review initiatives underway to determine what is necessary, can be phased in or deferred.” “We are aware of the challenges in the current economic environment and the impact that rapid changes and global domestic developments are having on our stakeholders,” said IIROC president and CEO, Susan Wolburgh Jenah. “We have developed this report to ensure that our policy agenda is fully transparent to our stakeholders and that market participants are aware of what is on the horizon and can plan and prepare appropriately.” Related news James Langton Keywords Client relationship modelCompanies Investment Industry Regulatory Organization of Canada CRM2 fee disclosures fail to enlighten, empower investors: report read more

Mabuza condemns increase in gender-based violence in South Africa Related South Africa’s President Ramaphosa calls for end in gender based violence FILE PHOTO: Women hold placards as they protest against gender-based violence, outside the Johannesburg Stock Exchange in Sandton, Johannesburg, South Africa, September 13, 2019. REUTERS/Marius Bosch FILE PHOTO: Women hold placards as they protest against gender-based violence, outside the Johannesburg Stock Exchange in Sandton, Johannesburg, South Africa, September 13, 2019. REUTERS/Marius BoschAmid a surge in gender-based violence, President Cyril Ramaphosa on Thursday tried to mobilize the whole society to curb the scourge.“The struggle to end gender-based violence and femicide succeeds only if society as a whole is mobilized and organized behind a common program of action,” Ramaphosa said in a virtual Q&A session in Parliament.Despite national efforts to curb gender-based violence in light with the National Strategic Plan which took effect in May this year, the country has to confront the reality that the violence perpetrated by men against women and children has become a national emergency that required urgent and decisive action, the president said.South Africa has seen a sharp rise in murder cases of women and children during the COVID-19 pandemic. Since the COVID-19 lockdown in late March this year, dozens of women have been murdered, most of them died at the hands of their intimate partners.This has prompted the government to implement the Emergency Response Action Plan, which was presented to a joint sitting of Parliament in September last year.While lamenting the surge in gender-based violence, the president hailed the progress in curbing the scourge.Through the reprioritization of resources, the government has been able to allocate around 1.6 billion rand (about 95 million U.S. dollars) to implement the plan in the remaining months of the financial year, according to Ramaphosa.“Working with our partners in civil society, we have managed to improve access to justice for victims and survivors and have improved our capacity to investigate and prosecute gender-based violence perpetrators,” said Ramaphosa.These include the upgrading of 11 sexual offences courts and implementation of a system to track the processing of related cases, he said.The supply of sexual assault evidence kits, which are now available in all police stations, has been improved, Ramaphosa said.Three amendment bills intended to strengthen the response of the criminal justice system have been approved by the cabinet and are in the process of being introduced into Parliament, according to the president.These bills aim to tighten bail conditions for perpetrators of sexual offences, strengthen parole conditions and increase minimum sentences, and ensure more severe consequences for contravening a protection order.At the same time, a major focus of work has been on changing norms and behaviour through high-level prevention efforts, such as a mass media campaign and engagements with men’s groups, offenders in prison and youth at risk, he said. Botswana president vows to fight gender-based violence

UWF Baseball On Short End of Slugfest With #3 Florida Southern Share Feb. 9, 2008 Box Score  LAKELAND, Fla. – The West Florida offense is alive, but the Florida Southern power hitters outslugged the Argos. After losing 7-5 Friday night, when the Mocs rallied in the eighth inning for the win, the Argos slugged it out with Florida Southern in the first game of Saturday’s double header. The game was tied 7-7 after four innings, and the Argos were down just 11-10 with the go-ahead runner on base in the top of the seventh, only to see Florida Southern put the game away with six runs in the bottom of the eighth, to win 17-11.In the first two games of the series, West Florida scored 16 runs on 22 hits, but it still wasn’t enough. Scott Beckwith and Jon Reed both homered for the Argos in the first game on Saturday; however, the Mocs blasted four homers themselves. Beckwith had two hits, two runs, and two RBI’s, while Brandon Brewer scored three runs for West Florida. Craig Westcott added two runs batted in, while Greg Pron had two hits and two runs scored.The Argos scored five runs in the second inning, and followed that up with a single run in the third and fourth innings, and led 7-6 going into the bottom of the fourth. Meanwhile, the Mocs scored at least one run in each of the first five innings, and broke a 7-7 tie with four runs in the bottom of the fifth inning. Scott Beckwith, Kevin Mierzwinski, Steven Bingert, and Jackson Woodard put together four consecutive singles, which in combination with three Florida Southern errors led to the five run inning.Scott Beckwith homered in the third inning, and then after Florida Southern took the lead, Brandon Brewer started another UWF rally with a lead off double in the eighth, and scored on a Craig Westcott single. However, the Argos would only get one more run, with that coming on a Jon Reed HomeRun in the ninth inning, but that followed a six run eighth inning by the Mocs.In the first game of a doubleheader, starter Kyle Ramsey took the loss and dropped to 1-1 on the season. Despite two strong offensive outputs, West Florida dropped to 2-3 on the season, while the highly ranked Mocs improved to 3-3 on the young season. The Argos try to avoid a sweep by Florida Southern in the second game of the scheduled doubleheader. Print Friendly Version

Jamie McAllister reflects on City’s performance in the Black Country with BCTV.

Defending champions Real Madrid are through to a sixth successive semifinal appearance after they survived a major scare against Italian giants Juventus in the second leg of their UEFA Champions League (UCL) last eight tie played at the Estadio Santiago Bernebeu on Wednesday night.Zinedine Zidane’s team were in the driving seat from the first leg following a 3-0 win in Turin but a goal either side of halftime from Croatian international Mario Mandzukic gave the Old Lady a route back into the tie before Blaise Matuidi’s strike levelled the tie at 3-3 for the visitors.The second leg clash was heading towards extra time with the tie at 3-3 before English centre referee Michael Oliver awarded a controversial penalty to Real Madrid in added time after Medhi Benatia was adjudged to have brought down Lucas Vazquez in the penalty box.Juventus goalkeeper Gianlugi Buffon was then sent off for loosing his cool before Cristiano Ronaldo dispatched the penalty to send the holders into the semis.German champions Bayern Munich are also through to the last four after they played out a goalless draw at home to Sevilla for a 2-1 aggregate win in their quarterfinal tie.Semifinal Lineup:Bayern MunichAS RomaLiverpoolReal MadridRelated